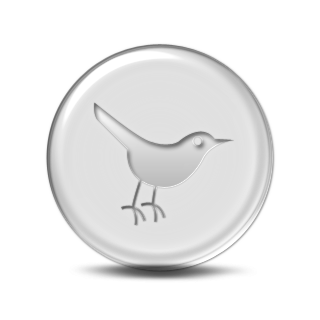 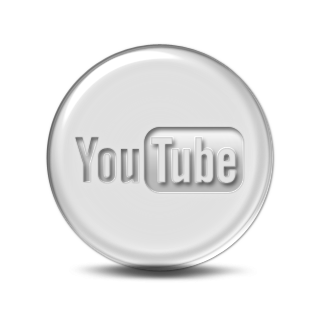 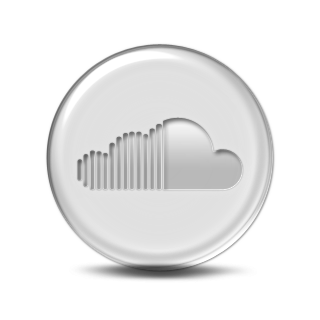 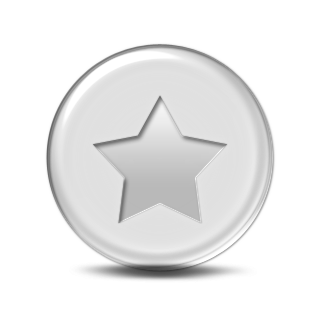 Damn y’all! October is ’bout to be one of the best months yet for the Rhino! Toronto kingpin iLLvibe, rapper and video director par excellence, has invited Measuring Man and I to kill shit alongside Duch Dillinger on their Screwed Up Tour! It’s an official initiative of iLLy’s concert series #SOTI, Survival of the Illest. Joining us on the stacked, mega-talented bill will be Duch Dilly, party-starter Chris Thomas, the very dope Toronto OG street rapper Mark Jordan, Pinkush’n Kidz, Royce Birth, Jane Doe, and, last but not least, local godfather Dan-E-O of the amazing Golden Era Canadian rap legends Monolith! It all goes down Thursday, October 9th, at Nocturne, 550 Queen Street West! Come fuck witcha boy – it’s finna be a PART 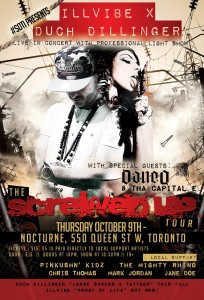 Wow! Dope new Rhino tunes just keep comin’ y’all! I’m happy with this one – it’s a feature I did on a lark for my man Rayne Drop out in Saskatoon – he’s on the beat, Chuck Woods from his group Wolfpack is on the first verse, and I drop in for a nifty little cameo as the clean-up man, including (heads up to nerds!) references to no fewer than 12 rap and R&B acts (see if you can figure ’em all out!) and also (fair warning to Bahá’ís and other chaste folks!) a little light romantic tongue-in-cheek sex talk. “I never said I was a dog…”

The latest excellent emcee to request and receive an atom­smashing guest 16 from yours truly is none other than Dopey Ziegler of San Jose, California, who was kind enough to ask me to feature on his banginary single “Tropicana”, a particularly funky cut on his triumphant new album with beatmaker Variant, ‘The Signal and the Noise’. I really assassinated this one, and Ziegler (formerly known as Swagberg) shines on the whole tape with precise, tightly wound flows and beautifully written true­school raps. Dude is an absolute beast, and there are great performances by Navi, Satellite High and our old friend Jesse Dangerously as well. Peep game at www.ziegler.bandcamp.com!

What do you do when your friend More Or Les calls you out of nowhere to request your presencer as part of his set for the most famous and beloved nerd music­oriented concert series in town? You RIP THAT SHIT TO SHREDS, of course! I was thrilled to rock “Whaddup Witcha” and “Get Back” for a wildly enthusiastic nerd crowd at the Horseshoe Tavern on the night of Sunday the 31st, adding some A­1 B12 energy and inimitable Rhino pizzazz as an extra boost to Les’ already brilliant set. Shouts as well to Nerds With Guitars, the amazing Detroit dance act Johnny Headband, and the Cybertronic Spree, who dress up in costume and exclusively perform the instrumental music from the animated ‘80s Transformers movie (I shit you not! I’m talkin’ a dude in big­ass devil horns absolutely SHREDDING on the geetar! Amazing!)